Brazilian midfielder DenilsonNeves was part of the Arsenal squad that suffered heartbreak during the 2011 League Cup final clash against Birmingham City. At the time, Arsenal were on a trophy drought and they were overwhelming favourites to end that drought at the expense of Birmingham City. 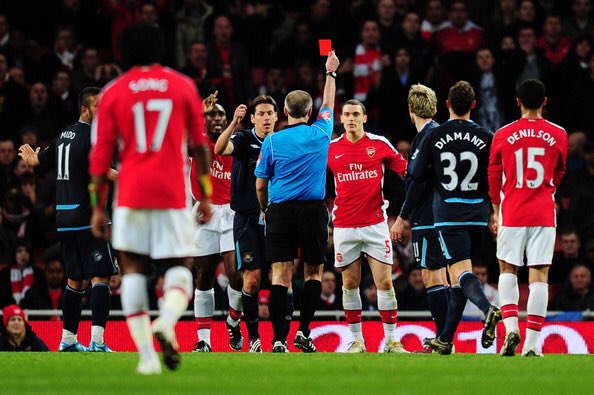 Denilson was named in the Arsenal squad for the Birmingham City game duringthe aforementioned League Cup final, but the midfielder didn’t make the starting line-up. Legendary manager Arsene Wenger preferred Alex Song and Jack Wilshere to Denilson in central midfield. Denilson was on the substitutes bench for the whole game as Nigerian star Obafemi Martins pounced on a defensive mix-up between defender Laurent Koscielny and WojciechSzczesny in the Arsenal goal to score the winner from close range with a minute left on the clock.

Arsenal failed to end their six-year wait for a major trophy thanks to the winning goal from Martins which gave Birmingham City a 2-1 win over the Gunners. Serbian striker Nikola Zigic gave Birmingham City the lead on 28 minutes before Dutchman Robin Van Persie equalised for Arsenal six minutes from the half-time interval before the goal from Martins settled the League Cup final in favour of the underdogs.

Denilson was also part of the Arsenal team that lost the League Cup final in 2007. He was in the starting XI as Arsenal were beaten 2-1 by London rivals Chelsea despite scoring his first goal of the game.