Former Arsenal midfielder Denilson believes that Arsenal needs a leader on the pitch. 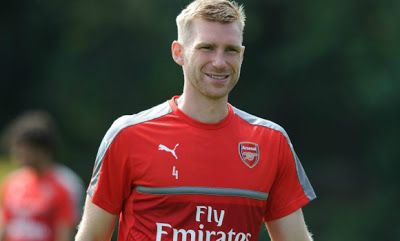 He said that the defeat against Liverpool was a humiliation and that there need to be changed to prevent this kind of situation. He said that in the past there were players such as Patrick Viera, Tony Adams and Dennis Bergkamp that would not have accepted this kind of performance and would have inspired others to raise their game. Unfortunately, he does not see this type of players in the team at the moment.

Denilson said that you could change the formation as much as you want but if the player does not perform on the day you will not win games. He said that some of the players were guilty of ball watching and did not perform to the level that is required of them.

He believes that Arsene Wenger will need to sign some players that will add more steel to the midfield and who are not afraid to tackle. He said that defensively Arsenal was poor as a unit and that they will need to defend a lot better if they want to challenge for the title.

Denilson said that the good news is that it is still early in the season and that the transfer window is not yet closed and the manager still has the time to make changes. He said that Arsene Wenger should be ruthless towards the player that has been disappointing so far and that he needs to bring in players that will help the team improve.

Denilson said that there is no way that the current team will be able to compete with the likes of Manchester United, Manchester City, and Chelsea. He believes that changes are required fast to save Arsenal season.

LEIVA – I WAS THE SCAPEGOAT IN LIVERPOOL