The latest news about Denilson is him being signed up for being the brand ambassador for 888poker website. 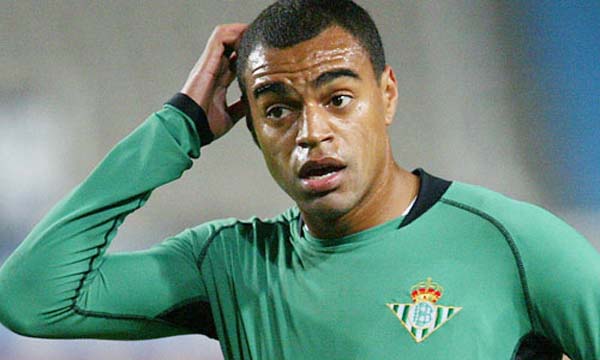 It is known to be the second largest poker playing site and it ranks after pokerstars. This site has signed up Denilson to be their brand ambassador. This might be considered a fitting move as football is definitely one of the main gambling arenas at any gambling site today. Denilson’s fame is linked with FIFA World Cup, which was won by the Brazilian in 2002. His full name is Denilson de Oliveira Araujo and today he is being associated with the second largest poker playing site.

Denilson has a rich history in his football playing career. He was recognized as one of the competent players from his country and his contribution was significant for the 2002 win that Brazil achieved in FIFA World Cup. Ronaldo has always been a close contender as well who was signed on by pokerstars, the premier online poker playing site.

If you have followed Denilson’s career, you would know that he played mostly in La Liga but the final years of his active playing career were spent with several football clubs like FC Dallas, Hai Phong FC, Nea Kavala or Girondins de Bordeaux FC of different countries. The Latin American market is targeted by the site and hence it makes sense to get Denilson on board who has a fan following in this market. Denilson admitted that he was learning the ropes of the game as he was new to poker games himself. Indeed, the strategies used in the different poker games are various and there are several games in this arena that need to be promoted and Denilson will surely do a good job of the same.