Brazilian midfielder enjoyed many years in the Premier League with North London giants Arsenal though he has said that loneliness played a big part in his football career at Arsenal, which took the turn for the worse in the final years of his stay at the club. DenilsonNeves, 32, plays his football for Silema Wanderers in Malta at the moment after battling with a lot of injuries in his native Brazil and in the Middle East since leaving Arsenal around eight years ago. 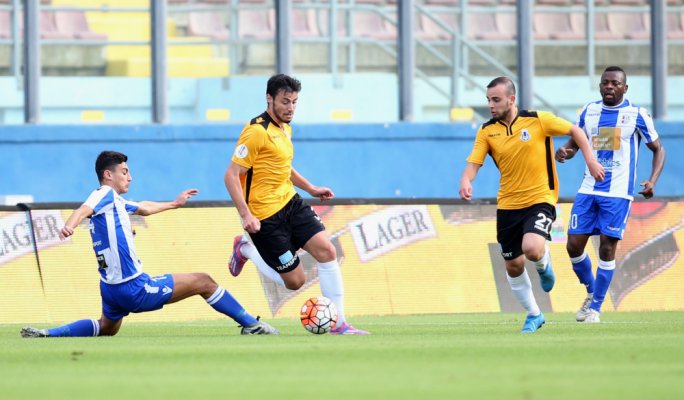 Denilson spent the final two years of his Arsenal career at Brazilian Serie A giants Sao Paulo before his move was made permanent in 2013. DenilsonNeves signed a permanent deal at Sao Paulo in 2013. Silema Wanderers are the most successful team in the history of club football in Malta but they are yet to win the league in over 15 years and counting. Silema Wanderers finished last season in tenth position.Denil son Neveshad been without a club for almost three years due to his knee issues before he had a brief spell at Botafogo-SP last year.Botafogo-SP are in the second division in Brazilian club football. Before his brief spell at Botafogo-SP, DenilsonNeves also played in the Middle East in the colours of Al Wahda in Abu Dhabi, the United Arab Emirates (UAE).

The Brazilian junior international was at Al Wahda for two years after he had left Sao Paulo in his native Brazil. DenilsonNevesreturned to his native Brazil to play forCruzeiroon loan while he was still a player on the books of Al Wahda. The player began his career as a youth player at Sao Paulo before the Gunners signed him in 2006. He was a relatively unknown player before Arsenal signed him. Denilson played for the Gunners for over 150 games before he left to return to his beloved Sao Paulo.